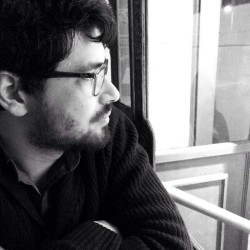 A structural approach to Free

This note presents Free from a sole structural standpoint. More specifically, we reduce the derivation of Free to the problem of designing a data type for trees without predetermined internal nodes. The reader should be familiar with recursive data types, type constructors, as well as the functor and monad abstraction. The code is written in Haskell.

A data type for trees

Let us consider the following encoding of a tree:

Note that Tree has an immediate Monad instance:

According to the above, (>>=) replaces each leaf node with whatever tree the function g returns. That is, (>>=) implements adjoining between trees. As an example, we can duplicate each leaf node by means of the duplicateLeaf function:

At present, Branch is the only possible structural form for internal nodes. The most immediate way to support alternative forms for internal nodes would be to extend the definition of Tree with additional data constructors. For instance, we may introduce a Branch' constructor to account for the case of an internal node with three child nodes:

However, one may wonder if a more general solution exists. That is, if it is possible to provide a definition of Tree that permits internal nodes of arbitrary structures without the need of explicitly encoding them in the definition of the data type.

As an example, we might be interested in internal nodes with either one, two or three child nodes. Let us enumerate these three alternatives in a dedicated data type, which we parameterize on the type of its child nodes:

This is to say that a value of type Node e represents an internal node whose child nodes are of type e. Depending on the use case at hand, we may come up with different definitions for the internal nodes, such as:

Nonetheless, we would have a type constructor f (e.g., Node) parameterized on the type e of its child nodes. It is therefore a matter of altering the definition of Tree so as to account for whatever type constructor f happens to represent our internal nodes. A revised definition may read:

Branch now holds a single field, namely, the actual internal node of type f e (e.g., Node e). Still, the above is not valid Haskell, in that the type parameter e is only mentioned on the right-hand side of the definition. However, we know that e denotes the type of the child nodes. Since child nodes are themselves trees, that is, they are of type Tree f a, we conclude that the final definition should read:

It is useful to contrast the original definition with what we have just derived:

We are now in the condition of instantiating trees with different internal nodes. For instance:

As shown, both t1 and t2 are trees whose internal nodes are determined by Node, and whose leaves retain a value of type Integer.

The changes we implemented in Tree call for changes also in the corresponding Monad instance. For convenience, let us repeat the original definition:

The first straightforward adaptation is to include f in the context. In addition, observe that no changes are required to either return or the first match for (>>=), as they both have to do with leaf nodes.

The Branch case proves more challenging. In principle, we would like to apply (>>= g) to every child node the internal node at hand happens to contain. In this case however, we are only provided with y, which represents the entirety of the internal node, effectively masking its specific structure. As a consequence, we can no longer explicitly recurse over its child nodes, as we used to do in the original implementation.

Sticking to the example, the Functor instance for Node e may read:

Moving the mapping operation within the type constructor f (e.g., Node ) should appear natural, as it is where we confined the explicit knowledge on the shape of the internal nodes. The intricacy of the mapping is hidden from the calling site by means of fmap.

The instance we just introduced is so immediate that GHC can automatically derive it for us, without further interventions.

With the Functor instance in place, we can complete the specification of the Monad instance for Tree as:

Note how we managed to recover the intended behavior: leaf nodes are replaced with whatever tree the function g happens to return; leaf nodes are reached by applying (>>= g) to the child nodes of every internal node. To show this, let us adapt the duplicateLeaf example we introduced at the beginning of our discussion:

The derivation of Free is just one renaming away. In particular, it amounts to renaming the data type from Tree to Free, and its data constructors from Branch to Free, and from Leaf to Pure. The final data type is therefore defined as follows:

The above derivation highlights Free's affinity with well-known data types for representing trees. In particular, Free appears as a generalization that enables expressing trees with undetermined internal nodes. This intuition serves as a valuable starting point for getting acquainted with Free. Further elaborations are however necessary; most importantly, additional discussion on how to lift values of the inner type constructor f (e.g., Node) to values of type Free f a (e.g., Free Node a), with the aim of enabling do notation. Likely, a treatment of such a topic would benefit from the introduction of some semantics, such as qualifying the inner type constructor as a way of encoding some Domain-Specific Language (DSL). For this reason, it is somewhat out of the scope of this note.